Under For Young Heroes | Posted by T. A. Barron | No Comments 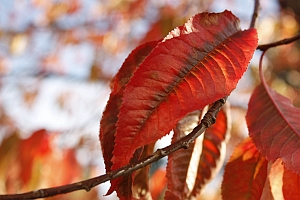 Seasons are a revolving gift—continually different from what has gone before and what will come after. They are the ultimate change makers, with varied weather, foods, holidays, flora, fauna, and activities for us all. Plus a special seasonal magic.

In autumn, now upon us, nature transforms the landscape with a spectacular array of colors, bringing a poignant end to summer. But even as the leaves of trees and plants lose their colors and tumble to the ground…they are making it possible for other seasons to follow. That’s why autumn always makes me feel that anything and everything is possible—every bit as much as spring, the season of renewal and hope.

And if that’s not pure magic—what is?

Nature and young people are my most powerful sources of inspiration. Both share that wondrous ability to transform—both as individuals and as forces affecting the wider world. When I’m hiking on the Mesa Trail above Chatauqua or traversing the western slope of Colorado, I’ve found that nature is a wonderful friend, brilliant teacher, powerful healer and true inspiration. And young people, to my delight, can play all those roles, as well.

Young people combine the energy and idealism of childhood with the realistic awareness of adulthood. (Believe me, I know about their endless energy—having five busy kids!) What’s more, young people want the truth and nothing but the truth. They are honest enough to ask life’s toughest questions. And they still have the courage to hope. To them, literally anything is possible. 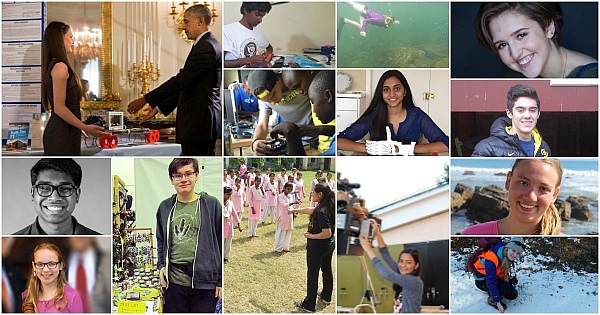 That spirit is perfectly captured by the Gloria Barron Prize for Young Heroes, a prize celebrating outstanding young leaders who have made a significant, positive impact on people, their communities, and our planet. Named after my mother, a devoted teacher, the Barron Prize was founded because every one of us, but especially young people, deserve to hear about real kids who radiate courage, compassion and perseverance. Kids who have made a positive difference to the world. Kids who have discovered that they have the power to act on their ideals. Kids like some of this year’s recently announced Barron Prize winners:

These young heroes give us an idea of our own potential to make a positive difference. On the trail we walk called Life…they show us just how far we can go and how high we can climb. How do they do that? Partly because their actions directly touch other people and make the world a better place. And partly because their examples have great power to inspire others.

Each of these remarkable young people is doing something to help our world. And each of them—I promise—will renew your hope, just as they do mine every year. They are as inspiring as the seasons—and just as magical.

This blog entry was originally published on The Huffington Post.

One Step Closer to Your D...