Seven Ways You can Participate in Earth Day 2020 from Home 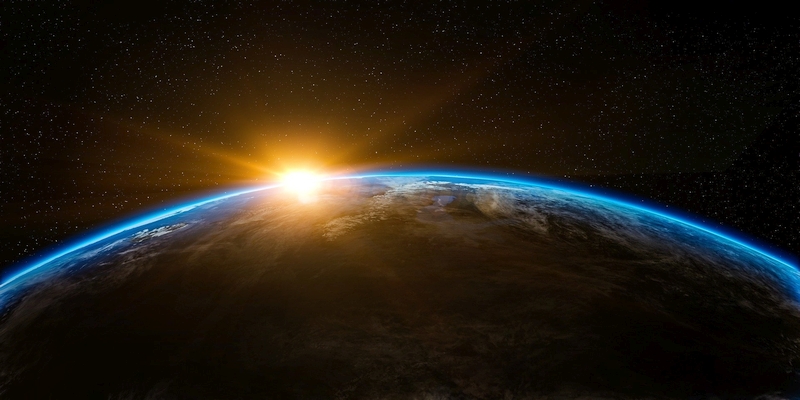 “Intellectually, we finally have come to understand that the wealth of this nation is its air, water, soil, forests, minerals, rivers, lakes, oceans, scenic beauty, wildlife habitats, and biodiversity. Take this resource base away, and all that is left is a wasteland.”

In 1948 Sir Fred Hoyle, a British astronomer, predicted that when mankind saw the first images of Earth from space it would change humanity’s perception of the planet forever. His prediction came true just 20 years later as astronauts took their first steps on the moon and people around the world began, in a new way, to understand the true fragility of our existence on this “pale blue dot”.

It might seem hard to imagine now, but 50 years ago, not many environmental laws existed on the books in the U.S. A few years earlier, Rachel Carson’s revolutionary book “Silent Spring” had focused attention on some of the unintended negative effects of pesticides, and people across the country had become concerned, not only about the health of their communities but also the slow destruction of the country’s most beautiful natural spaces.

In September 1969, as Americans grew increasingly worried about the effects of pollution, Senator Gaylord Nelson — a lifelong conservationist — announced a “nationwide grassroots demonstration on behalf of the environment.” And sure enough, on April 22nd, 1970 — in a feat that still amazes me, considering there was no Internet to spread the word — an estimated 20 million people joined together across the country to encourage action to protect natural spaces.

How far we have come, in both awareness and action, from that first Earth Day! Nearly 200 countries now celebrate this day, bringing attention to ways that we can all work together to preserve and restore the resources of our one precious planet. And although this 50th anniversary will find most of us at home, there are still ways we can celebrate our progress and encourage continued action toward meeting our goals.

Seven Ways You can Participate in Earth Day 2020 from Home

1) Go Digital! Many providers are currently offering virtual outdoor experiences — you could tour a national park, marvel at undersea wonders, or even explore the Great Wall of China! In addition, many Earth Day activities are shifting online this year to keep people as safe as possible. I encourage you to check the EarthDay.org website for an online event to take part in, and don’t forget to spread the word!

2) Escape into Nature… in your imagination. There are plenty of fictional books for all ages that use nature as a setting for amazing and inspirational adventures, and many local libraries are offering online reading lists of eBooks geared to specific interests. If you’re feeling especially creative, you could even try your hand at writing a story set in nature!

3) Educate yourself. Speaking of libraries, many also offer amazing online environmental resources of all kinds, including educational worksheets, books, and games. Or, if you’re in the mood for a video, there are plenty of documentaries and vivid nature films available across the web, including a wealth of free videos offered by providers such as PBS and National Geographic.

4) Improve Your Home’s Eco-friendliness. Have you been putting off sorting recyclables or setting up a small compost bin? Many people are using their current time at home to attend to things they might not otherwise have time for — why not spend a few minutes ‘greening’ your home base?

5) Start a Garden. If you are lucky enough to have some space outdoors, even if it’s just a window-box or a few pots on a balcony, why not celebrate spring by planting some pollinator—friendly flowers, or delicious herbs? Or there’s always indoor gardening… you could even grow your own mini meadow!

6) Watch the Stars. The Earth is the only planet in the entire universe that we know for certain supports life, so what better way to remember just what a special place it holds in our galaxy than to gaze up at the billions of stars above us? See what amazing sights you can spy on a dark night, either from your window, your balcony, your garden, or even virtually!

7) Be an advocate. If there’s a local Earth-friendly cause or initiative you care about, why not write a letter to voice your support? A polite, well-worded letter can be a powerful tool to persuade local decision-makers to make greener choices, or even to applaud actions that have had positive effects for the environment. Your voice could make all the difference!

As Earth Day reaches its milestone 50th Anniversary in 2020, we must all do our best to remember that caring for our planet is much more than a one-day action. Our goals must be long-term changes in both our perspective and our behavior to allow all life on the planet to flourish together