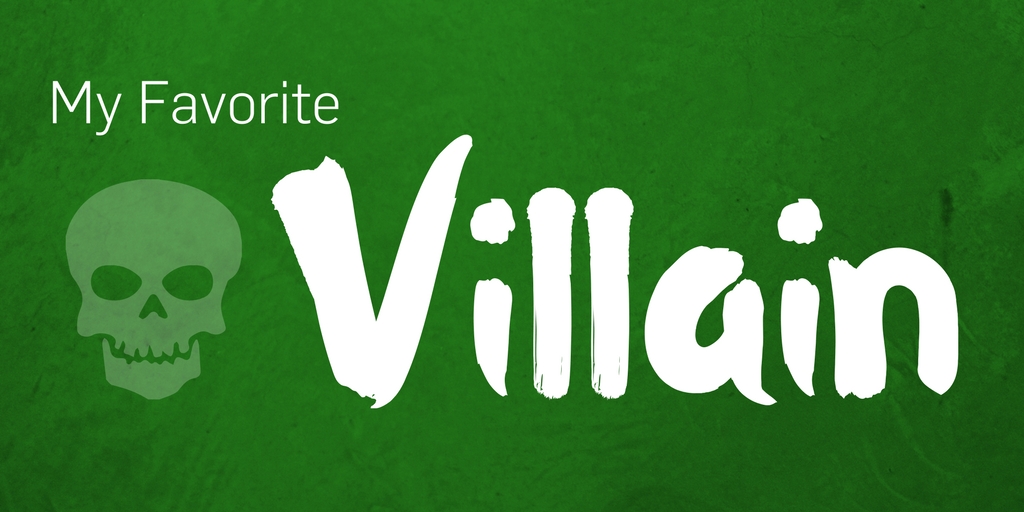 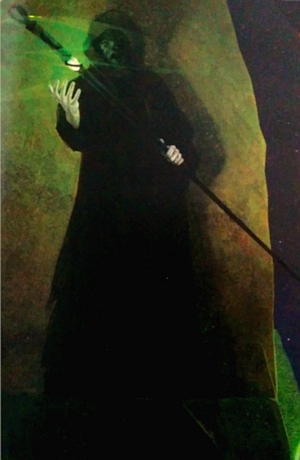 Kulwych as he appears in ‘The Book of Magic’ (The Merlin Saga, Book 12)

Much of the focus of my stories is on the path of heroes, since, as Joseph Campbell so wisely taught, every great and enduring adventure involves the journey of a hero who works toward a worthy goal. But some of the most memorable stories have another very important character…. the villain.

Villains are hugely important in a compelling story. Too often they’re painted in quick brush strokes, making shallow, uninteresting characters. But a villain who is well-wrought is someone we yearn to know better — someone with depth, nuance, authenticity, and unpredictability.

Who, among all the villains I’ve written about in my story, was my “favorite”? Well, of course, it’s difficult to choose just one — I have special places in my heart for all of the characters I write, even the bad ones! I think two of the runners-up would be the wicked sorcerer Kulwych from The Great Tree of Avalon trilogy and Narkazan, the terrible warlord of the spirit realm from the Atlantis Saga. But for my favorite villain? I choose Stangmar from The Merlin Saga.

Stangmar’s troubled youth made him a very compelling character to me as a writer, and I hope he is just as compelling to my readers. I believe a large part of what makes the dark king such an interesting figure is his humanity — how closely his flaws match the ones we all have, and how easily his mistakes might mirror ones we’ve made in our own lives. In the very first book of The Merlin Saga we learn that Stangmar is descended from the great wizard Tuatha, but despite his magical bloodline he possesses none of his father’s abilities. As the non-magical son of Fincayra’s legendary sorcerer, as a child Stangmar was humiliated and constantly aware of his own shortcomings. His judgmental father only made things worse. Apart from his brief escapes to climb trees in Druma Wood or to ride his magnificent horse, the young Stangmar had no peace, no freedom from self-hatred.

Given his troubled background, I think it’s no surprise that the spirit warlord Rhita Gawr would try to corrupt Stangmar.  Under Rhita Gawr’s influence, and desperate to enhance his own power as king, Stangmar tried to capture all the Treasures of Fincayra. These magical objects represented all he had come to hate, but deep in his heart he still longed to make up for the qualities he himself lacked. His dark allegiances twisted him into a creature full of rage and lust for power — someone who obeyed Rhita Gawr’s every command. He was so helpless under that evil influence that when faced with the option he even made the choice to kill his own son Merlin — a boy who had been born with all the magical abilities that Stangmar himself lacked. Despite that, there remained a deeper part of him — a man who dearly loved the woman Elen so much that when she fled Fincayra with their son, it broke what remained of his heart.

As those of you know who have read The Merlin Saga Book 5, A Wizard’s Wings, all this complexity gives Stangmar a special kind of depth. In some ways, he’s the mirror image of Merlin. For Merlin, like his tormented father, wrestles often with his own dark side and light side. That depth makes Stangmar surprisingly unpredictable… and gives him, at long last, a chance for redemption.