Generosity, as described by Merlin in The Wisdom of Merlin: 7 Magical Words for a Meaningful Life, is not giving others what they want. Rather, it’s giving away what you yourself want.When you think about very young children learning to share, this idea of generosity becomes quite apparent. The reason youngsters tend to struggle with the idea of sharing is not because they don’t desire to be kind or because they don’t care for the person they’re being asked to share with. These feelings are simply overwhelmed by the idea that they are being asked to give something they too enjoy and wish to keep in their possession to someone else. It is this act of giving—when you release a thing you desire—that requires generosity.

Often, people mistakenly believe that being generous involves the giving of tangible gifts that the recipient can use in some way. Generosity, however, requires no such thing. To give freely of your heart, time, attention, knowledge, talents, and feelings is often a more powerful, meaningful gift to share with someone than an item they could purchase or acquire themselves. When you give of these things that you are intimately attached to, though they are often more difficult to quantify, they are also ones that can only be truly released from a generous heart.

A generous gift is one that inspires you to feel as deeply about giving it away as the person you’re giving it to feels about receiving it. These gifts can make you vulnerable because generosity often asks you to step outside of your comfort zone, to dig deep down inside, and give a piece of yourself you didn’t know you could do without.

Certainly generosity can be given in the form of charitable gifts, even those that are monetary in nature. But it is often the invisible gifts from the heart that are the most cherished, valuable, and significant both to those giving them and to those who receive.

The Multiplicity of Generosity

You don’t have to use words, or to enact grand gestures to demonstrate this sort of deeper generosity… you don’t even need to be certain of your final intentions, because even small gifts of kindness can have positive impacts we can’t forsee. A generous choice made yesterday, may be what inspires a generous act done today, which — who knows? — might save millions of people who won’t even be born until tomorrow. 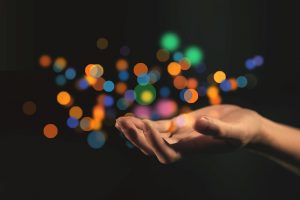 Those who demonstrate their generosity in this way are often met with opposition. For example, few people have not heard of the work of Jane Goodall, Nelson Mandela, Isabel Allende, Mother Theresa, Mahatma Gandhi, or Martin Luther King, Jr. But while these names are just a few well-known examples of those who have come to be known as heroes in our time, many were not seen as such when they began their work. Their generosity was, at times, met with opposition and came with great personal sacrifice.

But these well-known people persisted, and continued to give of their time and skills, to advocate for others, and to help those around them learn and grow. They, and many others like them, can be considered the ultimate inspirations to those of us who desire to live generously. Let their big deeds and generous hearts inspire you to plant some generous seeds in the soil of your own life. Remember that generosity multiplies and, when you give, it inspires more gifts to others.

How to Live Generously in Your Own Life

When you make the choice to live generously, you don’t have to also make the choice to live scarcely. It’s not necessarily about how much you give up, but that you give without expectation. It’s not about receiving thanks or recognition, it’s not about guilt or obligation. Those who give generously do so because they have empathy for those they give to and a desire to bring joy and peace to others.

When you think about how you can be generous, think beyond giving when giving is expected. Don’t consider what the recipient of your generosity might feel about you as a result of your gift. Don’t settle for those things that would be easy or obvious for you to give. Generous gifts are not given with ulterior motives, they’re not anticipated, they’re not obligatory, they’re not predictable or convenient. They’re more than an afterthought, and they don’t come with apologies or insinuate repayment. That’s how you know they’re generous.

I think my dear friend Merlin describes the heart of a generous giver best, “I will give this to a dear friend,” he declares. “Of course, I’d love to keep it right here, where I can see it every day. Yet even more… I’d love to know it’s with my friend, where she can do the same.”