The Healing Power of Nature

This entry was contributed by Terra Mcbroom as part of my “Into Nature” guest blog series celebrating the reissue of my book, The Ancient One.

PTSD is one of the hardest things I have ever had to manage. I am not a soldier of war, but I am a victim of sexual assault and physical abuse. We live in such a cruel society and mental health can cost a great deal of income. However, the pangs of anxiety and depression were excruciating. Being a mom of three put me in a fight or flight state of consciousness. I couldn’t expect my four year old to understand a panic attack. So I fought for normalcy instead of just giving up. Gradually, the symptoms grew worse and I was becoming a ticking time bomb.

Then, there was the camping trip we took, June of 2015. By this time I was a wreck and I felt that everything was hopeless. Until, the beautiful getaway of the Appalachian foothills. I remember the first sign of peace. My husband started to make his way around the mountainous winding roads and suddenly nature unveiled herself before me in all of her natural beauty. Hundreds of butterflies fluttered and darted from one colorful wildflower to the next. The mountains stood tall and mighty in the distance. My heart warmed and for the first time in months, years, I smiled. I felt all tingly and liberated. 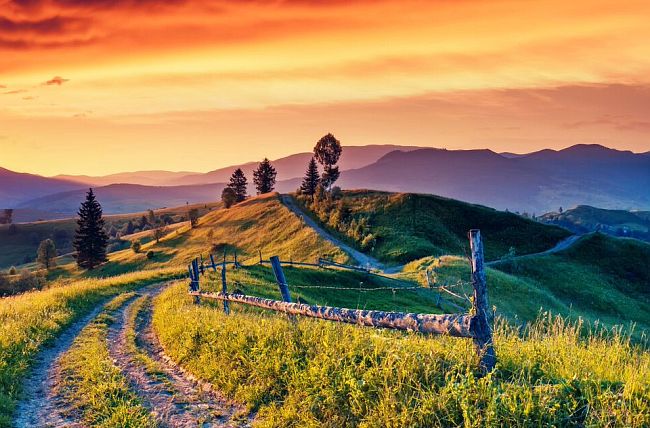 We continued our trek up the mountain roads and found our campsite. Nature had imprinted itself on my soul and I couldn’t let it go. That night as the sun set, and dusk swept across the campground, I had a delightful surprise. The trees began to blink. Thousands of little blinking lights filled the trees. Fireflies were out, dancing and twinkling like stars in the sky. The show was more then I had ever seen before. Very real, but magical like a fairy tale. Suddenly, from the tips of my toes to the crown of my head, I felt a heavy weight lift. I imagined it being carried away by the fire flies that danced around me. An over whelming peace consumed me and i became over flowed with tears of joy. Nature was my cure. I felt a real connection, a sense of real security. It was so much more than a pill. Nature brought my sanity back and it was pure and true.