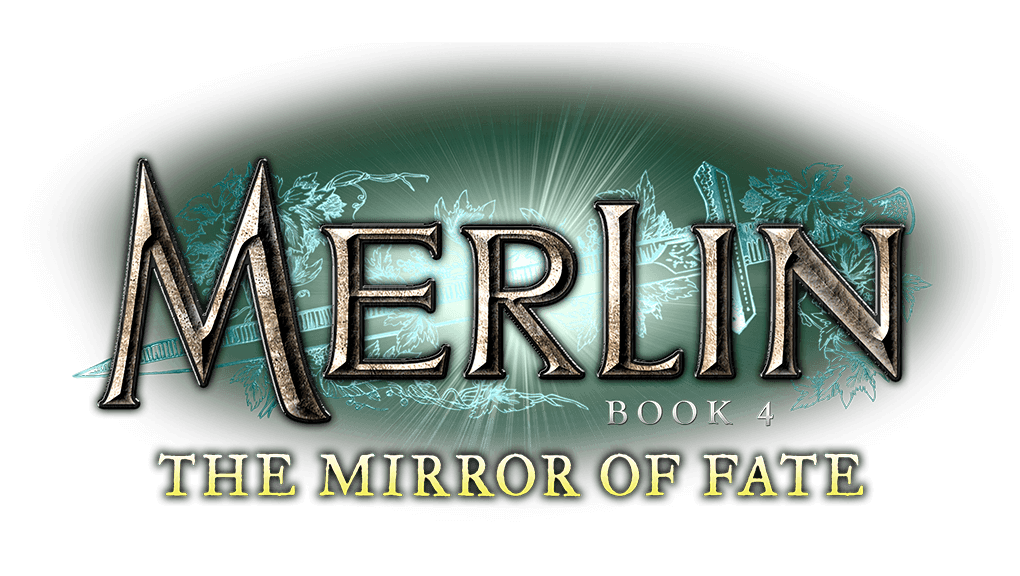 THE MIRROR OF FATE EXCERPT 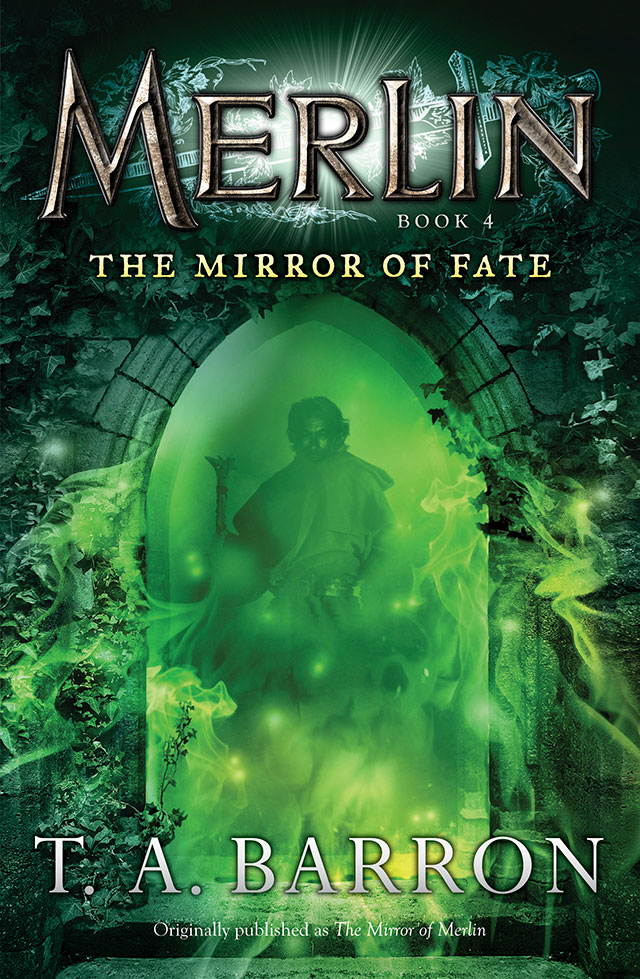 Many are the mirrors I have examined; many are the faces I have seen. Yet for all these years — lo, all these centuries — there is but one mirror, with one visage, I cannot forget. It has haunted me from the start, from that very first instant. And it haunts me no less to this day.

Mirrors, I assure you, can cause more pain than broadswords, more terror than ghouls.

Under the stone archway, mist billowed and swirled, roving about like an all-seeing eye.

The mist did not rise from the ground, or from some steaming pool nearby. Rather, this mist formed out of the very air under the arch, behind the strange, quivering curtain that held it back as a dam might hold a swelling tide. Even so, the vapors often pushed past, licking the purple-leafed vines that wrapped around the pillars. But more often, as now, they churned deep within the archway, forming and dissolving shapes in endless procession: ever changing, ever the same.

Then, without warning, the curtain of mist shuddered, hardening into a flat sheet. Beams of light struck its surface, breaking apart like shards of glass; vague shapes from the surrounding marshes reflected there. Somewhere behind the reflections, clouds continued to churn, touched by dark, distorted shadows. And a mysterious light, glinting from the depths beyond.

For this curtain was truly a mirror, one filled with mist — and more. A mirror with its own movement, its own pulse. A mirror with something stirring far beneath its surface.

Suddenly, from the very center came a waft of vapors, followed by something else — something slender. And twisted. And alive. Something very much like a hand.

With long nails, sharper than claws, the fingers reached outward, groping. Three of them, then a fourth, then a thumb. Wisps of mist from the marsh curled around them, adorning them with delicate, lacelike rings. But the fingers shook free before closing into a fist.

For a long moment, the fist squeezed itself tightly, as if testing its own reality. The skin, nearly as pale as the surrounding vapors, went whiter still. The fingernails dug deeper into the flesh. All over, the fist quivered from strain.

Ever so slowly, the hand started to relax. The fingers uncurled, flexed, and worked the air. Hazy threads wove themselves around the thumb and stretched across the open palm. At the same time, the mirror itself darkened. From the edges of the crumbling stones, deep shadows seeped inward, covering the surface. In a few moments, the whole archway gleamed like a black crystal, its smooth surface unbroken but for the pale hand squirming in its center.

A sharp creaking split the air. It might have come from the mirror, or the ancient stones themselves, or somewhere else entirely. With it came a scent — compellingly sweet, akin to rose blossoms.

A wind stirred, carrying away both the sound and the perfume. Both vanished into the rancid terrain of the Haunted Marsh. No one, not even the marsh ghouls themselves, noticed what had happened. Nor did anyone witness what happened next.

The hand, fingers splayed wide, lunged forward. Behind it came the write, forearm, and elbow. The gleaming surface suddenly shattered, melting back into a shifting, quivering mirror, as restless as the mists within its depths.

Out of the archway strode a woman. As she planted her boots on the muddy ground, she smoothed the creases on her white robe and silver-threaded shawl. Tall and slender she stood, with eyes as lightless as the interior of a stone. Glancing back at the mirror, she smiled grimly.

She gave her black, flowing locks a shake, and turned her attention to the marsh. For a long moment she listened to its distant wailing and hissing. Then she grunted in satisfaction. Under her breath, she whispered: “This time, my dear Merlin, you shall not elude me.”

With that, she gathered her shawl about her shoulders and strode off into the gloom.

I strained, throwing all my strength into the task, but my shadow refused to move.

Again I tried. Still, the stubborn shadow would not budge. Closing my eyes — a meaningless gesture, since they couldn’t see anyway, having been replaced by my second sight over three years ago — I tried my best to concentrate. To perceive nothing but my shadow. That was not easy, on a bright summer day like this, though it still seemed easier than my task.