Merlin and Me: Thirteen Books Later

On a cold Colorado night twenty-one years ago, I woke up suddenly. 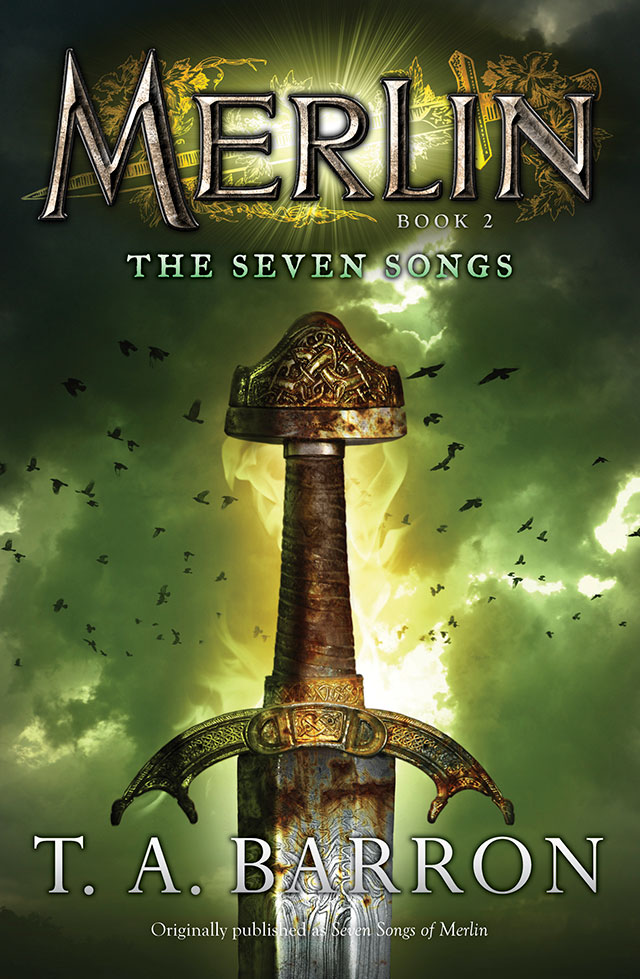 A vivid dream had possessed me—a dream of a boy, half drowned and only barely alive, who had washed up on the shore of a strange land. He had no memory, no idea who he was. But he did have something special, maybe even magical, down inside. After a few sleepless hours, I realized who he was—young Merlin.

Now, after thirteen books about Merlin (plus a film script and too many poems to count), I think back on that dream as the beginning of an epic journey. Despite all the hard labor Merlin has caused me, I am deeply grateful to him for choosing me to be his companion.

Yes—his companion. That’s how it feels.

What really made me fall in love with that boy in the dream was the realization that Merlin, the original wizard and the greatest mage of all times, didn’t simply spring into life as the ancient, wise, eccentric, powerful fellow we all know—the wizard of Camelot. No way. So where did he come from? And how did he come to be this exalted wizard whose story has captivated readers and bards and dreamers all around the world and through hundreds of years?

I soon realized that Merlin’s myth is a huge, luminous tapestry. Threads of brilliant colors have been woven into it over many centuries, starting with the oral traditions of the Druids and the Celts that were first written down by monks a thousand years ago in the Welsh Mabinogion. The tapestry expanded dramatically over the next thousand years, including the weavings of Spenser’s Faerie Queene, Malory’s Morte d’Arthur, and Geoffrey of Monmouth’s Historia Regum Britanniae. Add to that more threads from bards as diverse as Shakespeare, Tennyson, Nikolai Tolstoy, Mary Stewart, and T. H. White.

Aside from a few ancient Celtic ballads and tales, his formative years were largely untold. Now here was a unique opportunity for weaving! Not so fast, I cautioned myself. With a character of this magnitude, weaving the stories of his youth had to be done right—or not done at all.

The challenge, I realized, was more than telling a few new tales about an amazing and beloved character. The real challenge was to illuminate the essential qualities of Merlin’s character—the qualities that made his wizardry even possible. What were his deepest fears, his greatest struggles, his highest hopes, his secret dreams? What passions filled him? How did he discover his identity, learn to master his powers, and discover that nature was the true source of all magic? How did he come to know and accept his own dark side?

Understanding this, I took a deep breath—and plunged into writing. Only after three drafts of the first book (in what I blithely assumed would be a trilogy) did I finally hear Merlin’s authentic voice. Even then, it was the ancient, eccentric, somewhat grumpy voice of the elder wizard. Not the young, scared, lost boy who had washed ashore in my dream. In time, though, I came to hear Merlin’s youthful voice as clearly as my own. Today, it is the voice of a dear friend.

Now, two decades and counting after my dream, I finally understand what really makes Merlin’s character so remarkable. And why he is so beloved, so close to our hearts. Merlin embodies three great ideals: the universality of all people; the importance of embracing both the light and dark in ourselves; and the sacredness of nature.

What is the most powerful lesson I’ve learned from Merlin? That his journey is one anybody can share. All of us feel washed ashore at times. And yet all of us have some magic down inside ourselves—magic that we, too, can share with the world.