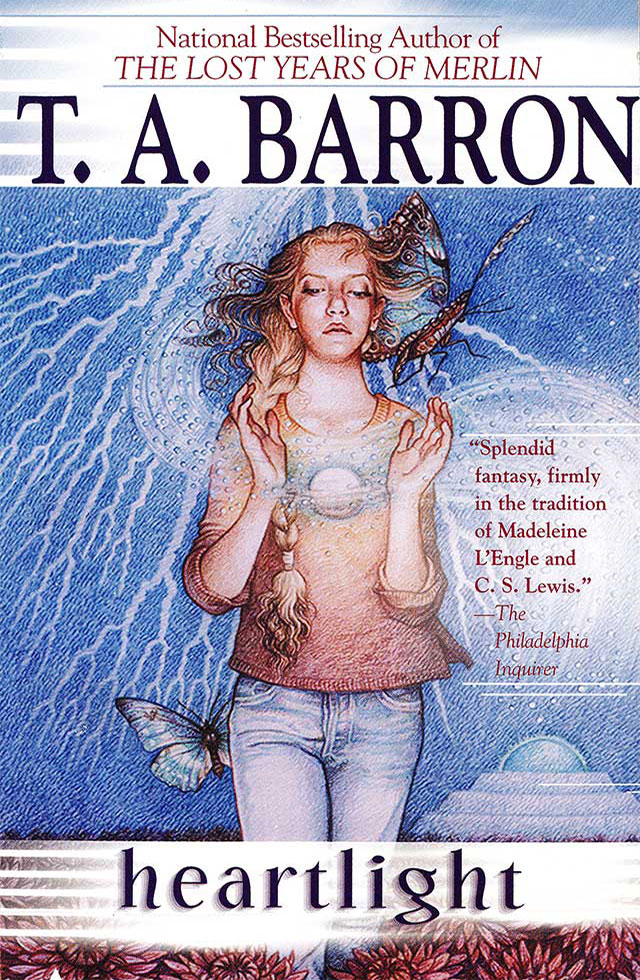 Kate spun around when she heard the crash. “Cumberland!”

The golden retriever had Grandfather pinned on the kitchen floor. She dashed over and pulled the dog away, but not before he gave his victim one last slobbery kiss.

“Nonsense,” grumbled the old man as he painfully regained his feet. “I’m eighty years old and I’ve had a lot of practice falling. He’s just keeping me in shape.”

“Are you sure you’re all right?”

Grandfather reached shakily for the arm of the rocker. He steadied himself, then slid into the seat. Pushing a tangle of white hair off his forehead, he glared at the dog. “You will be the death of me, Cumberland.”

The dog padded over to the chair and nuzzled his leg affectionately. Heedless of any scorn, he assumed a dignified posture by the old man’s side, his fur shining regally with the rust color of heather moors in autumn. Only his still-wagging tail revealed the irrepressible puppy underneath.

“Do you still feel like a picnic?” asked Kate.

Grandfather raised the great bushy brows that hung like clumps of wild moss over his eyes. “A picnic? Oh, dear — I did agree to that, didn’t I?”

“It would be the first break you’ve taken from work in the last week,” she coaxed.

He looked distractedly over his shoulder down the long hallway leading to his laboratory. “Could we put it off until tomorrow, Kaitlyn? I have so much to do just now.”

“But, Grandfather…I’ve got everything all ready: cold chicken, carrot salad and two Granny Smiths. I even made you some lemon poundcake.”

The white head cocked toward Cumberland, who was still briskly wagging his tail. “She is a terrible taskmaster, isn’t she? I should be glad she doesn’t own a whip.” He looked up. “Although lemon poundcake is even more effective. I guess it would do me good to enjoy the garden colors at least once this year. Lord knows I need the break. And autumn in New England turns to winter so quickly.”

Kate had already climbed atop a wooden stool and thrust her head into one of the deep cabinets built into the kitchen walls. Her muffled voice declared: “Drink some of that tea I made you, while I look for some plates. They must be here somewhere.” Pushing aside the jars of raspberry preserves her mother had made in August, she hunted for the stoneware she had eaten from so many times. “This kitchen has the deepest shelves! You could store an elephant in here.”

“That’s a farmhouse kitchen for you. Two hundred years ago, when this house was surrounded by nothing but wild woods and a few apple trees, those shelves had to hold all the provisions needed for a long winter.”

“Yes, I know. It’s only thanks to your mother that this house has any food at all. If left to my own devices, I’d end up dining exclusively on books and prisms…with an occasional cup of tea to wash it all down.”

Pouring a heavy dose of cream into his teacup, he reflected: “Sunshine and cream, that’s all my mother said she ever required for a happy life. In Scotland she found plenty of good Jersey cream, but not much sunshine. Now here I am in America, with plenty of sunshine, but inferior cream.”

As he took a sip, his eye caught a spiral-shaped prism, hanging from a string in the sunlight. Tiny fragments of rainbows swam across the wooden walls of the kitchen like shimmering fish of liquid light.

“You know,” he said pensively, “a person’s life should be like a prism: inhaling light…exhaling rainbows.” He pushed back some stray strands of hair. “If only it weren’t so brief. If only there were more time.”

“Time for what, Grandfather?” asked Kate, descending from the cabinet with two handfuls of dust and spider webs, but no plates.

Grandfather didn’t answer. Since moving to this quiet college town a year ago, Kate had been his constant companion, watching him do experiments in the lab, helping him mount butterflies for his collection, joining him for long walks in the university woods, or entertaining him with attempts to mimic his rich Scottish accent. Even before the move, when she had lived an hour away, she had enjoyed visiting Grandfather every bit as much as her schoolmates would enjoy going to the beach or the amusement park. Although she had always been something of a loner, the kids at her old school had seemed to accept that fact; they understood that she was more interested in her books and her collection of rocks and crystals than in the usual after-school games.

Now, however, life was different. Because her parents’ appointments at the university — her father as chairman of the history department and her mother as a professor of geology—had caused them to move into town, a mere two blocks from Grandfather’s house, Kate invariably came here straight after school. All the teasing she now had to endure about her “eighty-year-old boyfriend” made her angry, of course — enough to have broken the tooth of one especially loud-mouthed boy — and there were moments when she dearly wished she had never moved at all, or at least had some friends of her own age. But whenever she stepped through the door of Grandfather’s house, those problems seemed to melt away. If Grandfather was preoccupied with an experiment, she would just curl up for the afternoon with one of his books on crystals, cloud formations, space travel, or Greek myths.

“Two peas in a pod,” her mother had often called them. To which Grandfather invariably replied: “Two biscuits in a basket, if you please.”

But not lately. For the last month or so, Grandfather had retreated deeply into his work, so deeply that even Kate’s best efforts to rouse him had failed. He had always been a little absentminded, even during the years when he had been in charge of the Institute of Astrophysics. Yet now something was different. Even Cumberland sensed it. Most painful of all, Grandfather had taken to locking the lab door at all times, and he wouldn’t — or couldn’t — open it when she knocked.

“You are feeling all right, aren’t you? No more of those dizzy spells?”

Trying not to sound overly interested, Kate asked: “Then what’s been keeping you from answering the door to the lab? What is it you’re working so hard on?”

The old man drew in a thoughtful breath. “It’s complicated,” he finally replied. He scratched behind Cumberland’s long ears. “Too complicated.”

“Is it another telescope?” she asked. “Like the huge one you built in South America?”

“No, Kaitlyn. Designing that telescope was exciting, but not really my normal line of work.” His face creased slowly into a smile. “I did enjoy those trips to Chile, though. I used to do some of my best butterfly collecting en route to the Southern Observatory.”

Kate continued to probe the cupboards for plates. “Another laser, then? You’re inventing a new one?”

A sparkle from the prism flashed in Grandfather’s eyes. “No, not another laser. That would be a much simpler task.” He resumed rocking the chair, as if for a moment he had forgotten Kate was there.

She leaned across the counter. “Grandfather, do your experiments have something to do with traveling faster than light?”

Grandfather stopped rocking, and his eyebrows lifted high on his forehead. “How did you ever —”

“The pamphlet in your bookshelf,” replied Kate. “It’s your most recent one, so I thought it might be what you’re working on.”

“Don’t ever tell me you’re not a budding scientist,” nodded the old astronomer.

“But I’m not. You know I almost flunked science!” Kate looked at her feet. “I just miss you, that’s all.”

“Miss me? But I’m right here. I haven’t gone anyplace.”

“Oh, yes you have!” Kate’s eyes began to brim with tears. “You’ve been so buried in your mysterious project for the last month I’ve hardly seen you! Right after school started, something happened to you. All of a sudden. It’s like — why, it’s like you took off to another planet.”

Grandfather stiffened. “I suppose I have been a little distracted lately.”

Kate tossed her blond braid over her shoulder. It reached almost to her jeans, which not so long ago had drooped about her legs like wide pantaloons. Now they pinched her uncomfortably, like so many of her clothes. So much had changed during the past year, and her jeans were the least of it. New home, new school, new braces… The only thing that hadn’t changed, she used to tell herself, was her friendship with Grandfather: Nothing could ever change that.

“I’ve tried not to disturb you,” she continued. “I’ve really tried! Mom and Dad keep saying it’s just a project you’re doing, and all projects have to end sometime. But I’m getting tired of waiting! I don’t have anybody to talk to now except Cumberland! Sometimes… sometimes I wish you weren’t a famous astronomer, with a dozen projects always on your mind!”

The old man beckoned and Kate stepped slowly to the side of the rocking chair. Kneeling, she rested her head against his familiar white lab coat. As his arms enfolded her, she closed her eyes and tried to swallow the lump in her throat.

“I’m the one who’s sorry, Kaitlyn. I’ve been so wrapped up in my work I haven’t remembered anything else.”

“Cumberland!” She struggled to push the dog away, but he continued to lick her hands and arms and even the air when he could no longer reach her face.

“Down, Cumberland!” commanded Grandfather, his eyes twinkling. “You never miss a chance for a bit of affection, do you?”

The great retriever swished his broad tail in agreement.

Grandfather turned to the girl kneeling by his chair. “It’s a great blessing for me that your parents got teaching positions right here at the university.”

“For me, too. I’d rather spend time here than anywhere else. It’s better than school, that’s for sure.” She glanced at the cupboard. “Now, let’s eat. I’m hungry! Where do you keep your plates these days? I can’t find them anywhere.”

“I think they’re all in the lab,” came the sheepish reply. “I guess I’ve let things get a little disorganized around here in the past few weeks.”

“So what do you use for a plate when you’re in the kitchen?”

Grandfather pointed guiltily to a tottering wooden chair in the corner. On it was a half-eaten cheese sandwich, sitting inside an old Frisbee.

“Yikes!” Kate exclaimed. “If Mom knew you were eating out of a dirty old Frisbee, she’d be over here in ten seconds with a truckload of new dishes.”

“No doubt,” agreed Grandfather. “But let’s not ruin her day by telling her, all right?”

Sometimes Kate felt Grandfather needed a mother more than she did. She grinned. “All right, I won’t tell.”

“Now let’s have that picnic. I want to try some of your famous lemon poundcake.”

“I have an idea,” Grandfather suggested, lowering his voice to a whisper, as if he were about to impart a valuable scientific secret. “How about this: Let’s both eat out of the Frisbee. Just this once.” He touched her nose gently as he rose from the rocker and walked over to an oaken table piled high with various papers and journals of astronomy and physics. Opening a drawer beneath it, he pulled out a faded cotton tablecloth printed with green and purple flowers. He regarded it affectionately before laying it over his forearm. Kate knew it had once belonged to Grandmother.

“Take your sweater, Kaitlyn. The sun is out, but there’s an autumn chill in the air already. We may get our first frost tonight.”

DISCOVER THE ADVENTURES OF KATE BOOKS! 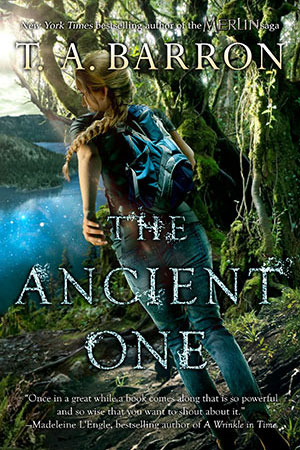 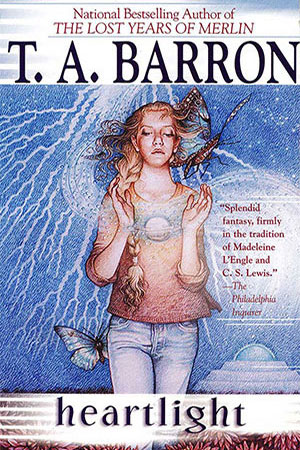 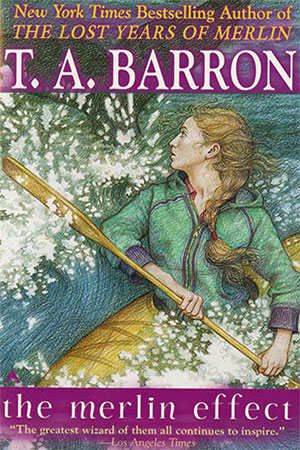 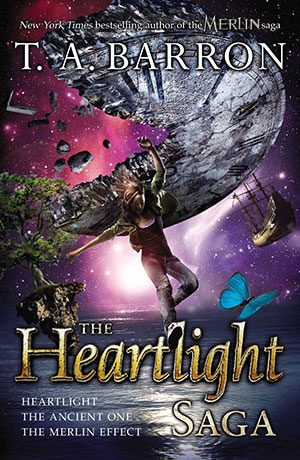 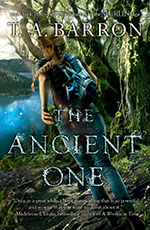 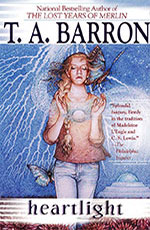 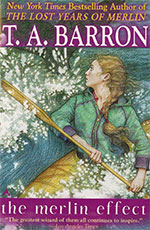 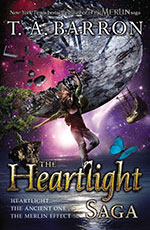