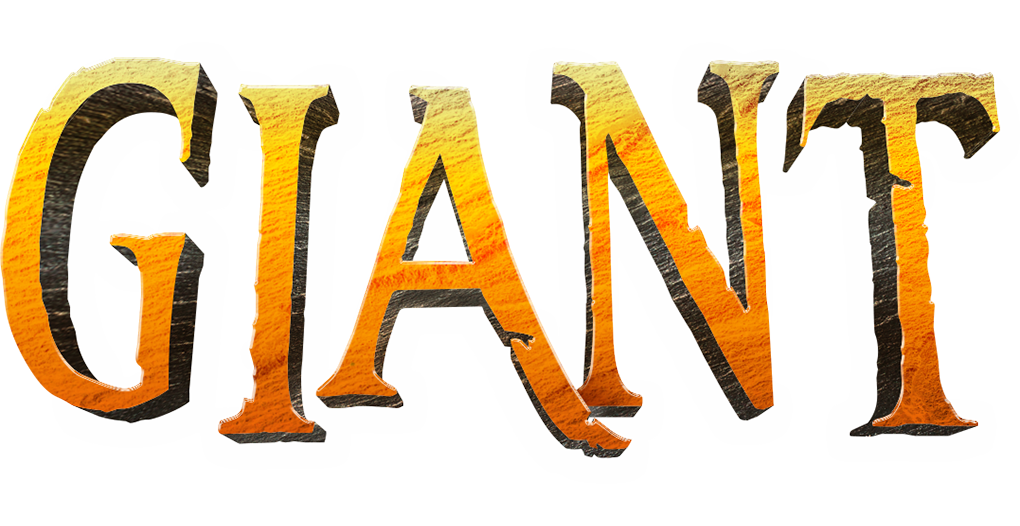 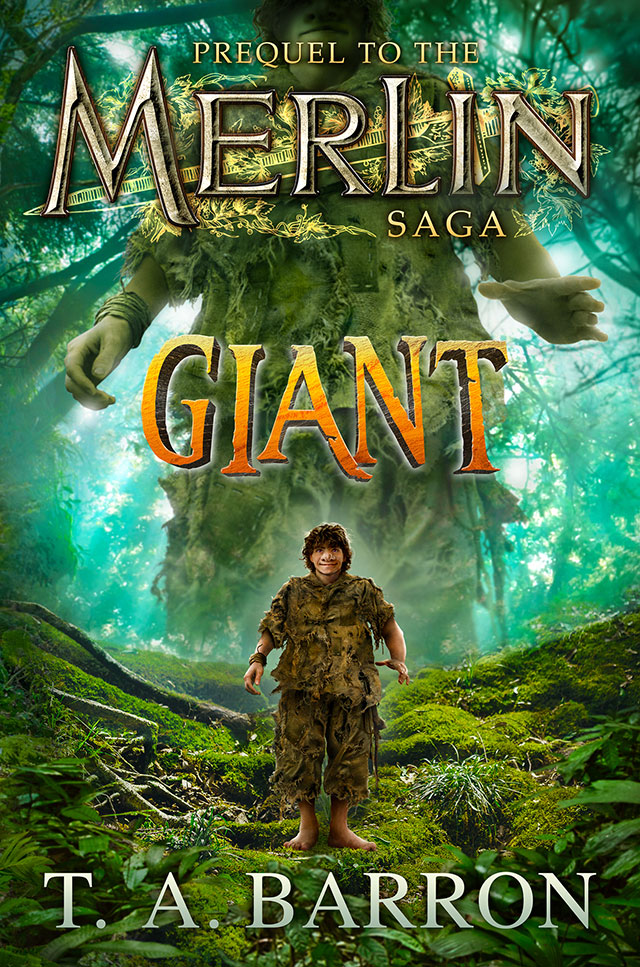 “Seventeen boulders!” crowed the midwife Gargolyn. Though she herself was a giant, she strained to lift the squirming baby in her hands. “That’s a hefty weight for a newlyborn, even for a giant.”

Turning slowly in the sunlight, Gargolyn observed the baby closely, from his pudgy nose down to his unusually large feet. True to the giants’ ancient traditions, the baby’s mother, Vonya, had chosen to give birth outdoors. It had been a long pregnancy, lasting thirteen months—but here they were at last, in the roofless, open-air Birthing Pavilion.

Set in the middle of a garden and walled by hedges, the Pavilion was encircled by columns that had been carved centuries before from a hillside of silver quartz, the sparkling white rock that Fincayrans called giantstone. Those majestic columns reached skyward to the height of medium-size spruce trees—which is to say they reached only up to the elbows of most fully grown giants. On each column were carvings of paired faces—one belonging to a famous giant, about whom bards had sung songs and told stories for ages, and the other belonging to that giant’s mother . . . who had, in most cases, given birth right here at this very place.

“Hefty weight indeed,” Vonya declared, a proud smile on her face. Carefully, she raised her enormous bulk higher on the mattress stuffed with willow boughs and rushes. “Now give him back to his mother, you hear? Before you drop that weight on your toes.”

Wrinkling her leathery brow, the midwife scowled. Even as she trembled with the weight, she grumbled, “I’ve held hundreds of babies in my time, and never dropped a single one.”

Vonya reached her arms, as thick and sturdy as tree trunks, toward her baby. “I’m sure that’s true . . . but not many of them weighed as much as half a mountain.”

“Right.” Gargolyn’s scowl melted into a grin. “In fact, none of them was as big at birth as this one.” As she passed the baby over to Vonya, she added, “Half his weight, I daresay, is from these plumpish feet. Just look at the size of them!”

As if on cue, the baby kicked wildly, almost smacking the midwife’s nose.

“At least half.” Vonya chuckled as she took the baby and folded her strong arms around him. “I’m tempted to call him Big Feet . . . until he earns his true name.”

“No, too irreverent,” said the old midwife, shaking her ropes of gray hair. “A young giant deserves a nickname that’s more, well, respectable. Something befitting a member of Fincayra’s oldest race—the island’s first people, the ones our great spirit Dagda carved out of the holy mountain.”

“I know, I know,” Vonya replied. “But sometimes the old traditions need a new look. Even our creation stories need to be rewritten from time to time.”

“Nonsense,” Gargolyn sputtered. “What kind of mother would teach her child such silliness?”

“This one,” declared Vonya. Brushing back her auburn curls, which looked more like a wild bramble bush than a head of hair, she peered closely at her child. His pink eyes stared up at her, bright with life and curiosity . . . and also a hint of mischief.

“Well, hello, my little jelly roll,” she cooed. “Something tells me you’re going to be writing a whole lot of new stories with your life.”

The baby giant blinked his eyes, slowly and meaningfully, almost as if he understood.

Vonya sighed, slumping a bit on the willow mattress. “I only wish your papa could be here to see you.” She wiped her huge forearm across her eyes. “He’d have loved to play with your chubby toes.”

Like a tall tree that suddenly folded itself down to a smaller size, Gargolyn knelt beside the young mother and her baby. Although her old knees cracked so loud they frightened a nearby family of rabbits, who scampered away to hide in the hedges, the midwife spoke softly and gently. “My dear, I feel your loss. Jonkl was a great giant—and he would have made a very fine papa.”

Vonya drew a halting breath. “He told me to be brave . . . that day when he left to fight against Gawr.” She wiped her eyes again. “He just didn’t say how brave.”

Gargolyn’s wrinkled hand touched her shoulder. “When our wizardking Tuatha asked us to send our strongest giants to help him defeat the evil warlord Gawr, we all knew there was great risk. And when your Jonkl left, he knew he was fighting for all of us . . . including your child.”

“I just wish . . .” said Vonya in a whisper that seemed impossibly soft for a fully grown giant, “that I could see him again . . . and show him our son.”

“Someday you will,” assured the older giant. “In the Realm of the Spirits. Without doubt, he is there right now, standing next to Dagda. And,” she added with a nod at the varied faces carved into the columns, “with the spirits of all these great giants who came before.”

She paused, looking at Vonya with compassion. “He knows, I’m sure, that his great bravery helped Tuatha win that battle and drive away Gawr.”

With her free hand, Gargolyn gestured toward the immense stone towers and buildings, fountains and gates, visible beyond the Pavilion. “Thanks to him, we are safe here in Varigal. All of us . . . including his beloved wife and child.”

Vonya nodded slowly, then turned back to the baby in her arms. Looking deep into his eyes, she said, “Now we must be brave together, you and I.”

Even as he gazed up at her, the baby giant reached out his hand and wrapped it tightly around his mother’s thumb. Astonished, she caught her breath. Was that just a coincidence? Or had that tiny little hand just made a gesture with giant-size meaning?

“I daresay,” she told her son, “you will give us some very special stories.”