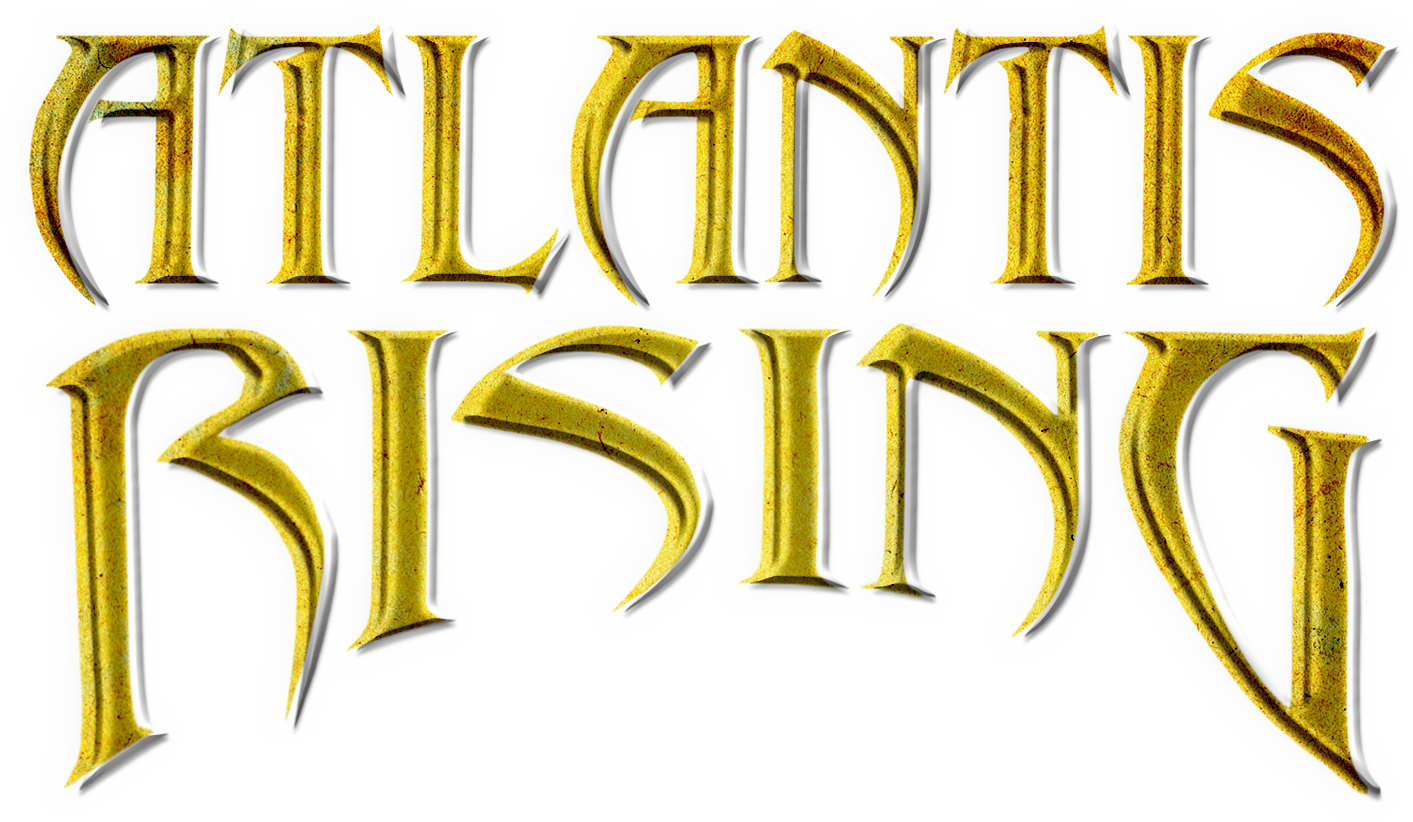 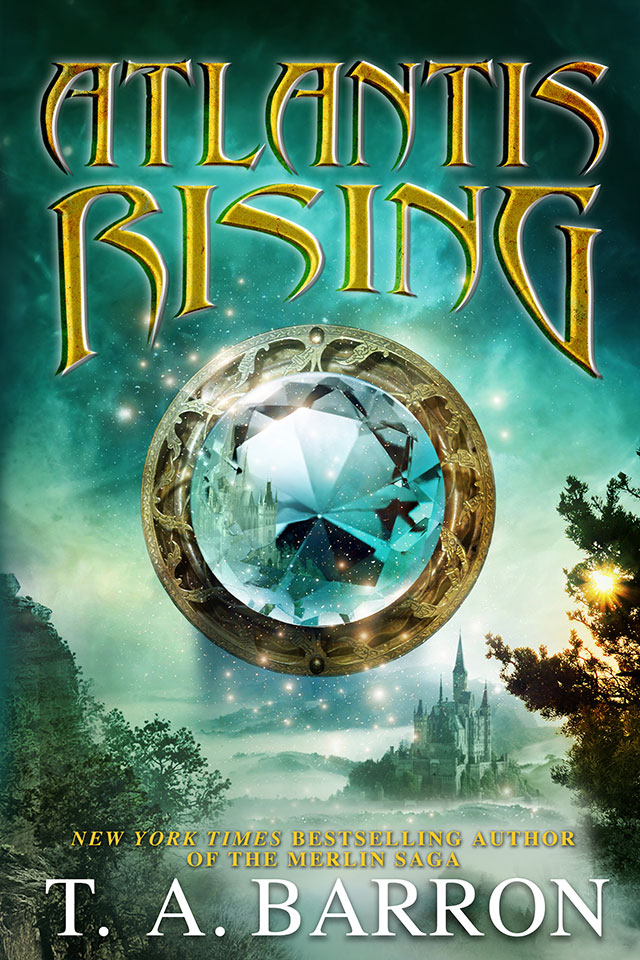 That morning, you had no idea of all the momentous changes to come. Very soon, you learned. And then you traded your life and everything you ever loved for that little bit of magic—a truly terrible price.

And I am to blame for it.

—An entry in her journal

The only thing still with him from childhood was not a thing at all.

It wasn’t a knife, a bracelet, or a stitch of clothing. All Promi had from those days, the only thing that had survived his years on the streets of the holy City, was the barest hint of a song.

Promi leaned back against the mud-brick wall, just off the crowded street, his whole body hidden by shadow. Ignoring the mad bustle of people, wooden carts, and goatherds on the cobblestones, he tried to listen—not with his ears, but with some inner sense that reached back to the time before memory. At first, he heard only silence, a hard, cold silence that surrounded him as completely as a block of ice.

He felt warmer, freer, with every note. They swelled inside him,filling him with a distant, haunting melody. He grinned, feeling renewed.

Gone! The small scrap of song vanished. But it left him, as always, with a sense that he’d first heard it long ago. And with a vague, lingering feeling of comfort that he couldn’t begin to describe.

Did the song also come with the hazy memory of a mother’s embrace? Her warm touch on his cheek? He shook his head,unsure, swishing his long black hair against his shoulders.

The command from a temple guard rang in the street. People and goats scurried to get out of the way, as did a pair of geese who had only just landed on the cobblestones. Villagers poured into alleyways or pressed themselves against mud-brick walls—anything to avoid the approaching troop of guards.

Despite all the commotion, Promi merely raised his head. Casually, he surveyed the troop of six temple guards, all of whom wore perilous curved swords and fearsome expressions. But his gaze moved right past the guards to the priest who walked behind them.

Without taking his eyes off the priest, Promi shifted, plantinghis feet in an experienced knife-thrower’s stance. Still hidden by shadow, he lowered his left hand and drew his dagger from its sheath. He willed his heartbeat to slow down, as he’d done so many times before. Every part of his body felt under control, like a perfectly synchronized clock.

Except for one. The skin on his chest started to prickle, growing hotter by the second. That happened only on his toughest days as a thief—when he felt sure his own life was on the line. In other words, when he was afraid.

And why, after hundreds of perfect throws of his knife—and as many successful thefts—should he feel afraid right now? Maybe, he answered himself, it has something to do with Grukarr’s love of cutting off people’s hands or tongues—or gouging out their eyes as he did last week to that young boy Galmy.

He ground his teeth, recalling poor Galmy’s crime—forgetting to bow his head when Grukarr and his superior, the High Priestess Araggna, had walked by. It was the boy’s horrid screams, echoing across the market square, that had made Promi decide to do something rash to teach Grukarr some manners.

Without getting caught, Promi thought anxiously.

While his whole chest felt hot, one place in particular burnedlike fire coals: the strange black mark over his heart. He’d often wondered what had caused it—and why it looked so much like a bird in flight. Just as he’d often wondered about other things . . . such as who his parents were. How he’d come to the City ten years ago at the age of four or five. And so much more.

But alas . . . the only clue he had to all those mysteries was the half-remembered song.

Stop thinking, you bone-brained bag of blather, he told himself sternly. Focus!

He waited, twisting his boots on the stones, as the troop of guards came closer. Grukarr, who was a full head taller than the guards even without his turban, scowled continually. Yet Promi wasn’t watching his face. All the young man’s attention went to the priest’s jeweled belt buckle, its sapphires flashing bluer than summer sky.

Carefully, Promi raised the dagger. Ignoring the burning of the mark on his chest, he drew a slow breath. He watched as the entourage came closer, step by step.

This plan will work, he assured himself. All I need to do is hit that buckle!

Grukarr wouldn’t be hurt—not in body, at least. But his sense of security would be shattered. The priest and his guards would erupt in panic, sure this was an attempted murder. Grukarr would finally feel some of the fear he’d brought to the people of the City, making him search for assassins day and night. And so, in the end, Promi would lose a knife. But Grukarr would lose his feeling of safety, his confidence, and his ability to sleep through the night—and never get them back.

Gripping the dagger, he cocked his arm. Pausing just long enough for the priest to come one step closer, he threw.

Just as Promi released the dagger, an alley cat raced past, brushing against his leg. He flinched, twisted ever so slightly—and the blade flew wide. Instead of hitting the jeweled buckle, it struck a burly guard’s breastplate and fell onto the stones.

Another pointed at Promi’s shadowed form against the wall. “There he is!”

“Get him, you fools!” shouted Grukarr, his normally pallid face now red with rage. “Don’t let him escape!”

Promi darted away from the wall, barely dodged one guard’s slashing sword, then rolled behind an abandoned cart to avoid a hurled spear. When all six guards rushed the cart, he did what they least expected: He grabbed the spear, leaped onto the cart, and used the spear as a pole to vault over all their heads.

He landed in the middle of the street—face-to-face with Grukarr. The enraged priest waved his arms and roared at his guards, “Get him, I command you!”

The guards spun around and converged on Promi. Curved swords raised, they charged the young vagabond who had dared attack their master. Their shared goal was clear—to slice Promi to pieces as swiftly and brutally as possible, so that Grukarr’s anger wouldn’t be turned against them.

Promi, however, had a goal of his own. While his first plan had failed, he still longed to humiliate Grukarr. He glanced over his shoulder at the oncoming guards, then locked gazes with the priest.

“Greetings to you, great lord,” he said mockingly.

Quickly, Promi plucked his dagger off the cobblestone street. In a flash of rapid movements, he thrust the blade at Grukarr—and sliced cleanly through the priest’s belt. Grukarr’s precious buckle flew aside, clattering on the stones.

Promi rolled away just as two curved swords sliced through the air where he’d stood a split second before. Though he dropped his knife in that maneuver, he deftly grabbed the belt buckle. Pausing just long enough to grin at Grukarr, he dashed down the street.

Grukarr’s face contorted with rage. Finally regaining his words, he screamed at the guards, “Get him, you idiots! And kill him! Or I’ll skin the lot of you alive!”

The guards ran off, pounding after Promi.

Still seething, Grukarr watched the young thief turn down an alley and disappear, hotly pursued by the guards. “Whoever you are,” he growled, “you will pay dearly for this crime.”

He rose to his full height and placed his hands on his hips. “No one dares show such insolence to the mighty Grukarr. No one!”

Only then did he realize that, without his belt, his pants had fallen down. 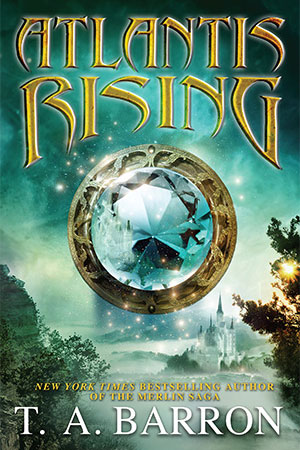 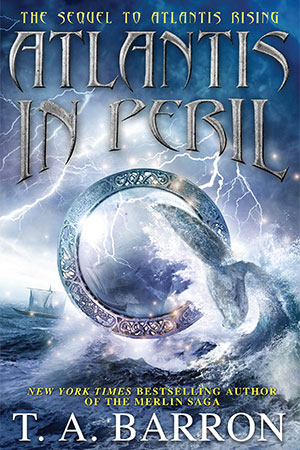 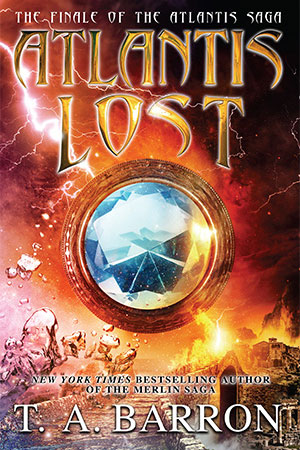 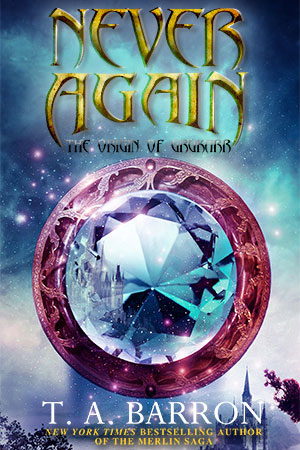 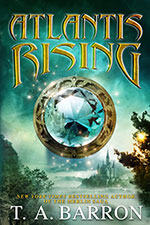 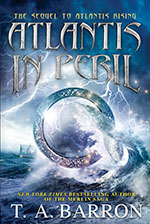 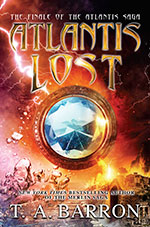 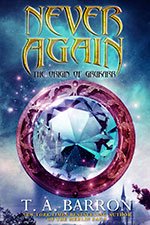