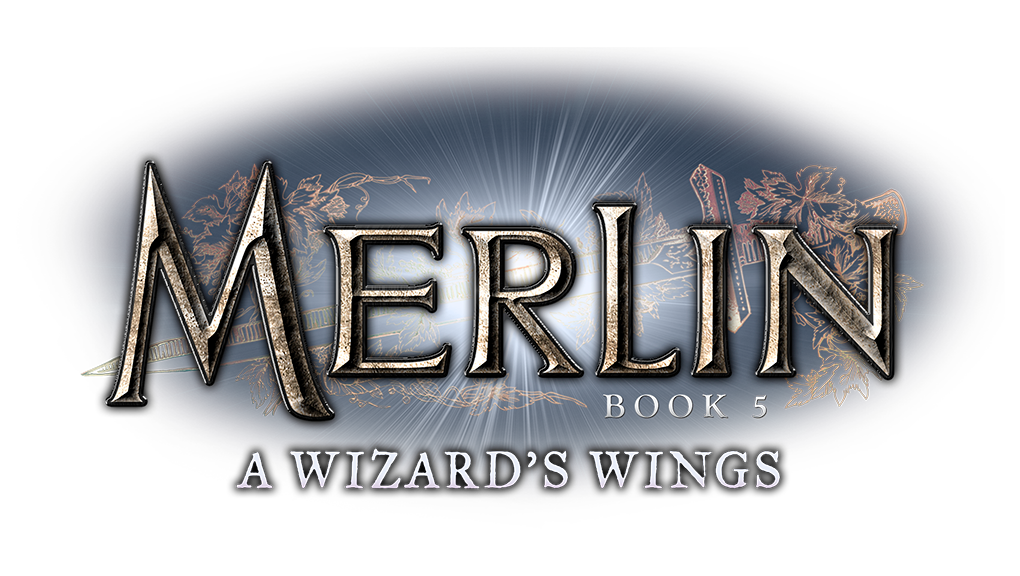 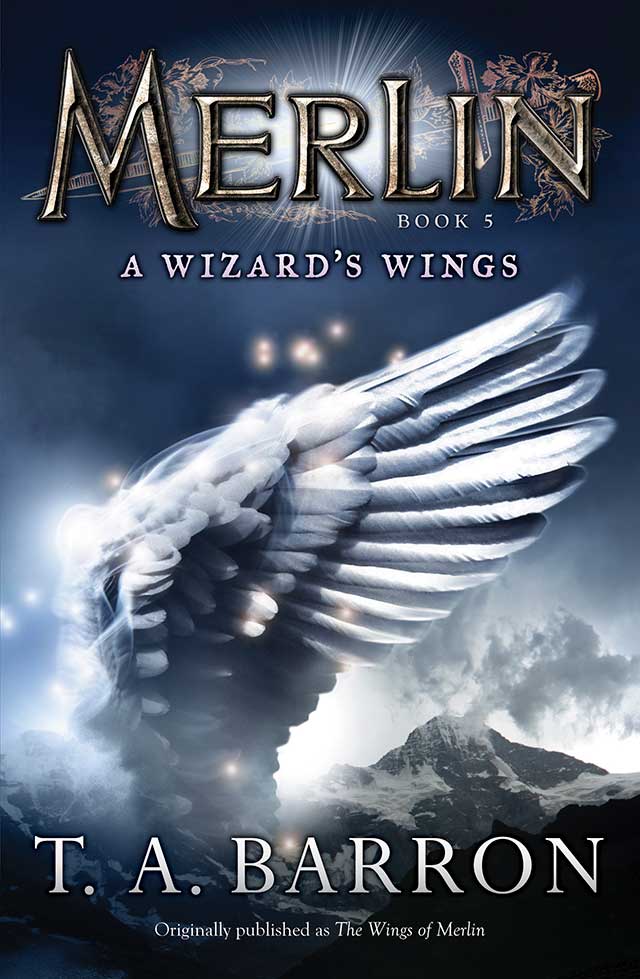 Wings, take me back! How often have I dreamed, in the centuries since that day, of returning to that place and time, of facing once again the choice that changed everything.

Such longing, though, is useless. An idea this is lost may yet be reborn, but a day this is lost is gone forever. And even if I could return, would I choose any differently? Probably not. Yet how can I be certain? Even after all these years, I know so very little.

But there is one thing I do know, a gift of that long ago day. Wings are far more than feathered arms. They are part mystery—and also part miracle. For what bears high the body may also give flight to the soul.

Bare feet in the water, the boy sat alone.

Though his sandy hair spun in jovial curls, his eyes, as brown as the muddy tarn before him, seemed strangely sad. Not that he minded being alone. As far back as he could recall — most of his eight or nine years — he’d lived that way. Even when others welcomed him at their meal table, offered him a pallet of straw for a night’s rest, or shared their games with him, he knew his only real companion was solitude.

His life was simple — just like his name, Lleu. Whether the name had come from his parents before they died, or from someone else he’d met in his travels, he didn’t know. And why should it matter? His name was just a word. A sound. Nothing more.

He plucked a reed, ran his finger down the shaft as if it were a tiny spear, and tossed it at a dead leaf floating in the water. A perfect hit: The leaf sank under the weight, sending rings of tiny ripples across the tarn. As the water lapped at his toes, the boy almost smiled.

Then, seeing that his spear had dislodged a small, lavender-backed beetle, he leaned forward. The little insect flailed, trying without success to work its sopping wings in the water. In a few seconds, it would drown. The boy stretched out his leg, caught the beetle on his toe, and brought it safely to shore.

“There ye be, friend.” Taking the tiny creature in his hand, he blew gently on its wings. “Jest a bit o’ sunshine an’ ye’ll be flying’ again.”

Almost in answer, the beetle shivered and lifted into the air, flying haphazardly. It veered toward the boy’s head. With a moist tap, it landed on top of his ear, then crawled onto one of his dangling curls.

Chuckling, the boy turned back to the tarn. This was one of his favorite places to camp, whenever his wanderings brought him to this part of Fincayra. Even now, as the days shortened and ice choked many streams, the water here still burbled freely. More than once, he’d caught a pheasant here, or made supper from the brambleberries lining the water’s edge. And it was quiet, far from any roads, and the rascally knaves he sometimes met there.

Met — though not for long. He could outrun any of them. He could run for a whole day without stopping if necessary. Lifting one foot out of the water, he studied its calluses, as thick and rough as the leather on an old boot. But even better. These soles wouldn’t wear out. All they needed was a tarn like this, for soaking after a long day’s trek.

Lleu’s face tightened. He scanned the wintry sky, watching the gray, leaden clouds slide above the leafless trees on the far side of the tarn. Turning back to his foot, he knew he’d really welcome a pair of boots, or sandals at least, in the colder days to come. Days when he might need to cross long stretches of snow to find his next meal.

To be sure, being an orphan had some advantages. He could roam wherever he pleased, sleep wherever he liked. The sky above was his ceiling, often brightly painted. Meals came at odd times, but at least they usually came. He expected little, and normally got it. And yet … he longed for something more. Placing his foot back in the cool, dark waters of the tarn, tinted red from the leaves still clinging to the bramble bushes, he thought about another place and time — a time too distant for memory, yet impossible to forget.

He couldn’t recall her name. Nor even her face. The color of her eyes, the shape of her mouth, the length of her hair — all lay hidden, buried deeper than his dreams. He didn’t know her name, or the sound of her voice. He wasn’t even sure she was his mother.

But he remembered her smell. Earthy, like fallen leaves; tangy, like rose hips in summer; zesty, more than meadowsweet.

She had held him, that much he knew. Every so often, sitting by a tarn like this one, he might hear a blackbird warbling, and the wind humming through the reeds. And then he’d feel sure that she had sung to him, too. Yes, she had! What sort of song, in what sort of tones, he couldn’t say. Yet he knew she’d held him close, singing softly, surrounding him with her fragrant skin.

He shuddered. Probably, he told himself, it was just a sudden chill in the air. Sunlight felt weaker at this time of the year, and the wind harsher. Already a tracery of ice lined the far side of the tarn. The longest nights of the year, he knew, lay just ahead.

But he’d survived other winters, at least five or six, and he’d survive this one, as well. Tomorrow he’d move farther south, closer to the coast. Meadows there stayed mostly unfrozen, and if snow fell, it rarely lasted for more than a day or two. As long as he didn’t venture too close to the sea, and that shoreline where the dark mist swirled endlessly, forming twisted shapes and scary faces, he’d be fine.

A fire. That’s what he needed now. He reached into the pocket of his tunic, squeezing some shavings of dry bark, as well as the pair of iron stones that never failed to spark a flame. He would warm himself, as well as the strip of dried beef a man had kindly tossed him that morning, and make camp for the night.

Lleu stood, scanning the bank as he slapped his feet on the mud. He knew from experience the weight and thickness of the sticks he needed for a good fire: several as thin as his smallest finger, a load or two of larger ones, and at least one about the size of his leg. Dry kindling was more tricky to find, especially at this time of year, which was why he always carried some. Otherwise he might have to use a strip of cloth from his tunic. And burning his tunic was burning his blanket.

Behind the brambles, he spied the largest branch he would need, ripped from a hawthorn tree by some heavy wind. He ran over. But the branch weighed more than he’d thought—too heavy to carry, or even drag. Nonetheless, he tried, tugging on it with all his weight. Still it wouldn’t budge.

Bracing his foot against a cracked portion of the branch, he grabbed the upper end. Hard as he could, he pulled. The branch wriggled, creaking slightly, but didn’t break. Again he tried, without success.

As the boy set his hands to try again, a sword suddenly slashed through the air. The blade severed the branch, as if it were nothing more than a twig. A section just the right size to carry rolled on the muddy ground.

Grateful as well as startled, the boy whirled around. But his words of thanks caught in his throat. There, facing him, stood the most fearsome warrior he had ever seen—a man, immensely tall and sturdy, wearing a horned skull as a mask. Behind the mask shone wrathful eyes. And worse, the warrior carried two massive swords, each strapped to one of his arms.

Strange, thought the boy. Those swords … He sucked in his breath. They weren’t, he suddenly realized, strapped to the man’s arms. Rather, they were his arms, bound somehow to the warrior’s powerful shoulders.

The masked man stared down at him. In a deep but hollow voice that seemed to echo from somewhere faraway, he commanded, “Tell me your name, boy.”

“Ah, ’tis … Lleu, m-master.” He tried to swallow, but his throat only made the sound of a whimper. “Least that’s what I be mostly called.”

“Have you no parents?”

The warrior laughed mirthlessly, even as one of his swordlike arms lifted. “Then, young whelp, you shall be my first victim.”

This wasn’t just a familiar stroll down a wooded path. No, this was something far different: more like a flight.

Luminous threads of light wove through the loom of branches, making the forest floor sparkle. The springy turf, softened by centuries of fallen leaves, seemed to lift me higher with every step. I felt I could leap into the trees, or sail like the golden butterflies among their branches. I had taken this woodland path many times before, to be sure. But it had never seemed at once so bright and so dark, so full of clarity as well as mystery.

Hallia, her hand in mine, walked with the same lilt in her step—and something more, the added grace of a deer. She knew, with every curl of her toe and sweep of her arm, the simple glory of motion. Truly, she was motion, as fluid as the falling leaf that spun downward from the highest boughs, as gentle as the forest breeze that stroked her auburn hair.